X-Men: Magneto Testament HC: Don’t be fooled by the fact that this is labeled an X-Men story; it’s actually a historically accurate story of a Jewish boy in Germany from 1935 to 1945. Yes, it is technically the boy that grows up to be Magneto, but this is not a superhero story – there are a couple of scenes that can be interpreted as Max (as he’s called here) using his powers, but they support a mundane interpretation too. There’s nothing here that you haven’t seen before if you have read Holocaust literature, but it’s very well written and drawn and if the title gets young people to read this serious work then I’m all for it. 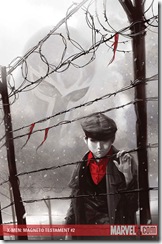 Cloak & Dagger: Child of Darkness, Child of Light HC: This is the original Cloak & Dagger miniseries from 1983 in a nice new hardcover collection, and it holds up really well. The coloring is a little garish, and the writing a touch melodramatic by today’s standards but it’s still really moody and interesting and rereading this material made me wish someone would come up with something contemporary to do with these characters. 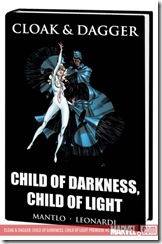 G-Man: Learning to Fly Digest: This is the successor to Chris Giarrusso’s “Mini-Marvels” comic strip (of which there will be no more, apparently). I loved the “Mini-Marvels” stuff, but I actually like this better. It’s got a dry sense of humor that I really like, the cartooning just bursts off the page, and some of the single page strips have a “Peanuts”-like feel. As an old dude (so I’m told), I wish this was printed in a larger format but if this is what the kids are buying then so be it. 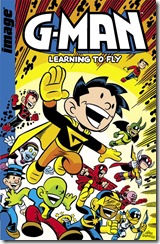 Superman: New Krypton Volume 1 HC: I’ve written about most of these individual issues before, but I liked the Jimmy Olsen and Guardian specials even better on a second reading, and the issue with the Kent funeral made me a little sad that there hasn’t been any more followup on that lately. 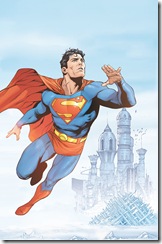 Spider-Man: Death and Dying HC: These issues are about the point at which I realized I was really looking forward to “Amazing Spider-Man” (almost) every week. The stories here include Mark Waid’s first, featuring the introduction of J. Jonah Jameson Sr., and probably his most read (or at least most purchased) story ever from the Obama issue. (Although the Obama story is not reproduced here – I think there’s a separate book coming with that and some Presidential material done for Marvel Digital Comics.) Also here is the resolution of the Jackpot story, and the explanation of Harry Osborn’s reappearance (which has nothing to do with Mephisto.) A good starting point for anyone who’s interested in the new Spider-Man stuff but was put off by the initial issues. 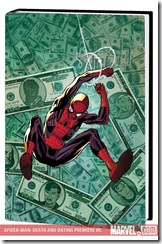