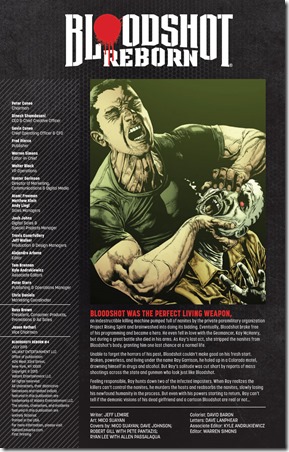 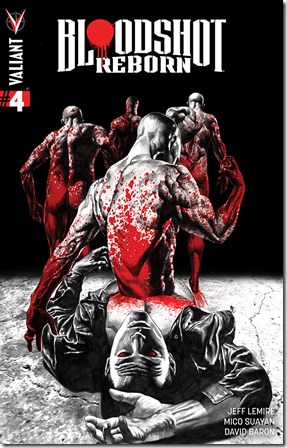 BLOODSHOT REBORN #4  Written by JEFF LEMIRE.  Art by MICO SUAYAN with JEFF LEMIRE
New York Times best-selling writer Jeff Lemire (THE VALIANT, Descender) and rising superstar Mico Suayan (Moon Knight) bring the synapse-shattering first act of Bloodshot’s return to a knockout conclusion!   With each nanite-infected killer Bloodshot confronts, he loses more of his humanity, but with killers wreaking havoc across Colorado, does he have a choice? Meanwhile, the mysterious figure called Magic makes a move to restore Ray Garrison’s soul – but can he let go of the demons of his past? Does he even want to?   $3.99 | 32 pages | T+ | On sale JULY 8 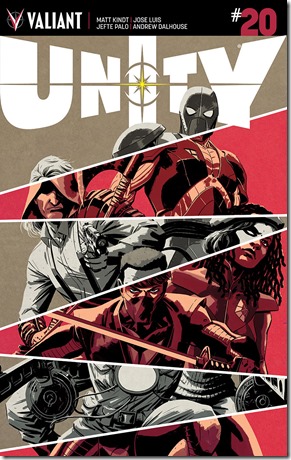 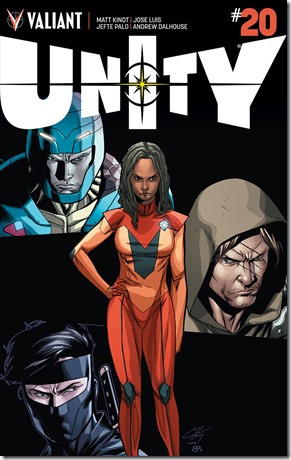 UNITY #20 Written by MATT KINDT.  Art by JOSÉ LUIS.
Out of the darkest recesses of the 20th century…the War-Monger returns to rage against the combined might of Valiant’s most elite superteam!   For thousands of years, the Eternal Warrior has waged battle; and for thousands of years, one spirit has vexed him…the spirit of warfare itself. nToday, Gilad Anni-Padda and his teammates in Unity must reckon with a long-thought-forgotten enemy–unseen since Unit-Y faced it in World War II–now returned to bring destruction and death to the heroes once and for all.  Unity may not survive the coming of War-Monger!  $3.99 | 32 pages | T+ | On sale JULY 8 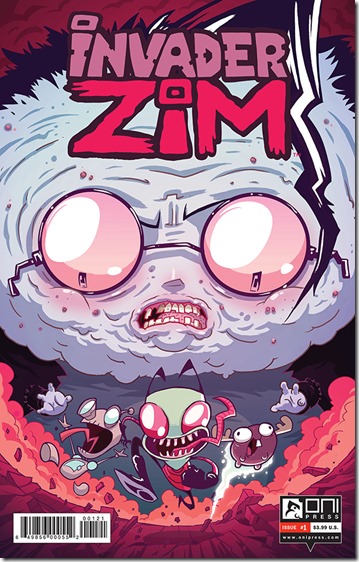 PORTLAND, OR July 1, 2015 – Oni Press, Portland’s premier independent comic book publisher, is set to launch the first issue of the sure-to-be hit Invader Zim comic series next week on Wednesday, July 8th.  The comic will launch with a number of activities at San Diego Comic-Con and several alternate covers from fan-favorite artists.

Invader Zim #1 will arrive in stores next Wednesday, July 8th, just in time to make San Diego Comic-Con a major event for Invader Zim fans. Oni Press will host a panel, The Return of Invader Zim, Saturday 7/11 at 2 pm in Room 29AB that features original creator Jhonen Vasquez, original show staff and creative staff on the new Zim comic Aaron Alexovich, original show writer and comic staff Eric Trueheart, Inker on the new Invader Zim comic Megan Lawton, and Oni Press Editor-in-Chief James Lucas Jones.  Questions for the panel will be accepted via responses to a specific message on Oni Press’ Twitter in the week leading up to Comic-Con, with those whose questions are selected winning a copy of Invader Zim #1.  Invader Zim cosplayers visiting Oni Press’ booth (#1833) at SDCC will also receive Invader Zim #1.  Bryan Konietzko (creator of Avatar: The Last Airbender, The Legend of Korra, and staff member on original Invader Zim show) has produced a San Diego Comic-Con exclusive cover for the first issue that will be available exclusively at Oni Press’ SDCC booth.  Finally, Oni Press will host  signings for the Invader Zim comic creative team at their SDCC booth #1833. 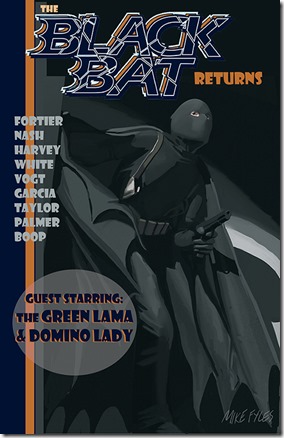 The original Black Bat returns in this thrilling collection of all NEW action-crime stories.
Read the character that was created at the SAME TIME as Batman!

Ex-District Attorney Tony Quinn is blinded in a courtroom assault.

He now seeks justice outside of the law as the relentless hero who can see in the dark: The Black Bat.