EDITOR’S NOTES:  Not to be outdone, DC attempts to trump Marvel with their own re-boot beginning June 2015 when DIVERGENCE begins with 24 new title launches. Wow!  The New 52 didn’t last two long, did it?   Personally, I’m way beyond the point of saturation with super-hero titles and have no stomach to digest the massive pile of books that will encompass both Marvel’s SECRET WARS and DC’s DIVERGENCE events.  Perhaps I can find another writer with a keen  interest in reviewing all these titles and post their articles here.  I would like to provide our BC readers some commentary on these books. I just know it’s not going to come from me.

You can read more of the full details on DC’s plans at the PREVIEWS website.

. See more on that big news at PREVIEWSworld.com. 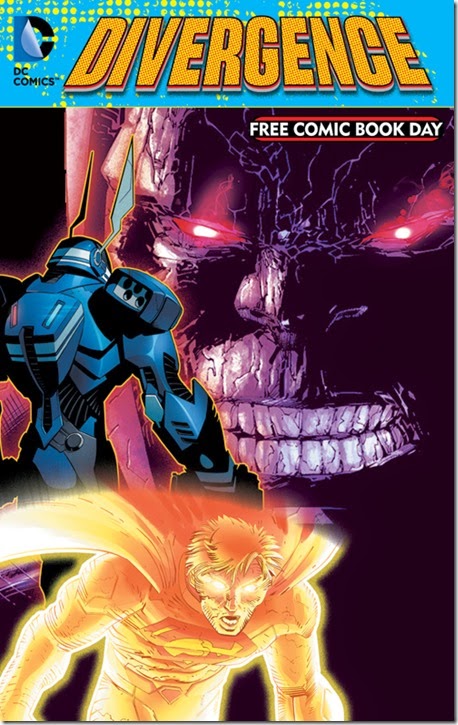 “A first look at upcoming storylines will be the focus of DC Entertainment’s Free Comic Book Day issue – DC Comics: Divergence – available Saturday, May 2, featuring three 8-page previews for the June releases of Scott Snyder and Greg Capullo’s Batman, as well as Geoff Johns and Jason Fabok’s launch of the Darkseid War within Justice League featuring the biggest villains in the DCU – Darkseid and the Anti-Monitor, and Gene Luen Yang's DC Comics debut with celebrated artist John Romita, Jr on Superman.   More than half a million free issues of the DC Entertainment sampler will be given away at comic book retailers globally.”