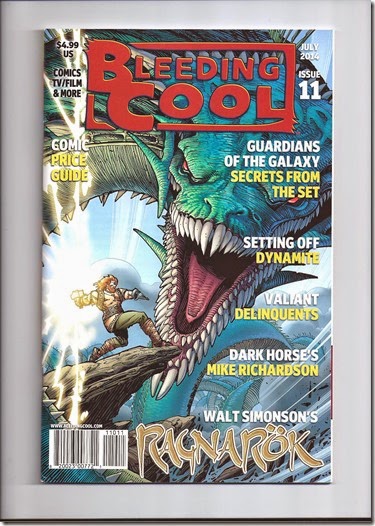 Our apologies if the above headline doesn’t make sense to you.  Hopefully, it will all become clear before you finish this news article.  We just wanted to give a shout out to frequent BC Refugees contributor Mike Clarke upon his first commercial publication in BLEEDING COOL MAGAZINE #11 (July 2014) , available in your local comics store right now.

Mike is the writer of the Bleeding Cool article that previews THE DELINQUENTS, a four part mini-series featuring  popular Valiant duos, Archer & Armstrong plus Quantum & Woody, that debuts this August.   You can find some background information on the source material, as well as a preview of the upcoming title along with an interview with co-author James Asmus and editor Josh Johns. 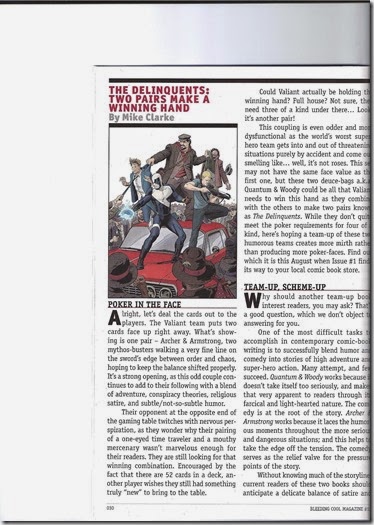 We managed to catch up to the busy writer during his day-off today (Saturday) and asked for a few comments.  “Bleeding Cool is one of the few remaining print magazines covering the world of comics and popular culture, and for that reason deserves our support. They take a light-hearted but respectable look at our favorite hobby and always manage to cover what’s new and exciting in the comics industry,” said a grinning Clarke, apparently elated that someone actually asked his opinion.  “I feel privileged and honored to have my article included among all the great writers of the Bleeding Cool staff.  It’s pretty exciting to see your name in print, and I’m feeling like a giddy little school boy right now.  Let’s go get an ice cream cone!”