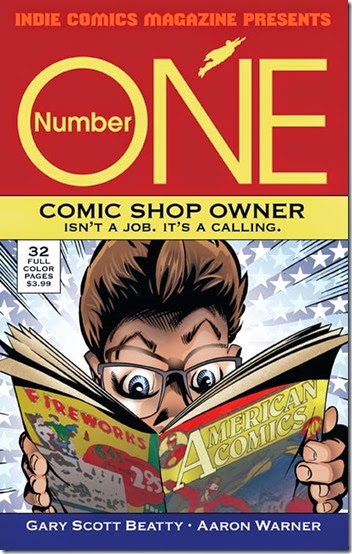 NUMBER ONE does much more than relate the fictional story of a comic store owner as he experiences the ups and downs of owning a business over the course of 50 years. It also serves as a great summary of the changes that have occurred in the industry over those same years. In addition, it provides great insight into the challenges faced by all owners of comic shops and independent bookstores in the 21st Century, in the early days of the digital age.

NUMBER ONE is the book that recognizes the passion for illustrated story-telling that is the core driving force that keeps long-term fans of comic books coming back for more, week after week, month after month, year after year, and on and on.  It’s the book that does a noteworthy job of explaining “why we still read those things” as well as why any sane individual would try and make a living by catering to the interests of comics fans.  It’s a testimonial for comic store owners nationwide, and through its’ narrative it explains and drives home the message - - we still need local comics stores and need to support them.

NUMBER ONE is the product of creator Gary Scott Beatty, a noted illustrator/inker/colorist who utilizes his Indie Comics Magazine and Aazurn Publishing to showcase the best of independent creators.  Utilizing Diamond Distribution and employing a unique business model that ensures that costs can be contained, Beatty has found a way for a small publisher to co-exist among the bigger companies with huge overhead and budgets.  NUMBER ONE is sold only through pre-order.  Interested readers need to order this book through their local comic store or resource in July in order to receive a copy in September. 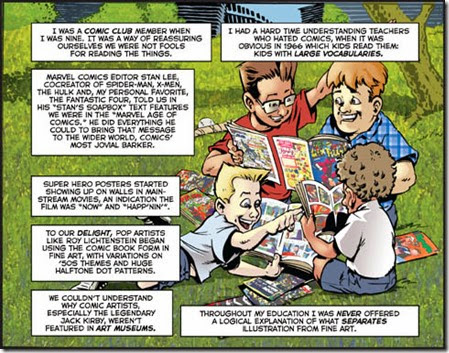 It’s pretty simple.  If you care, you should support this book.  NUMBER ONE deserves to have a place on the shelves of every single comics store .  Anyone who considers themselves a “comic collector” rather than a casual reader needs to own and read NUMBER ONE.

The story follows the life of narrator Steve from the fateful event in 1964 that made him an orphan up to the present day.  It relates how mythological literature and an introduction to comics helped him cope with the fears and doubts that bother the very young and impressionable.  Steve takes a job working in a head shop that sells comics, and years later comes back to buy the business.  NUMBER ONE covers the days of joy , success ,and profit as well as the days of despair, depression and debts.  In the capable hands of scripter Beatty, Steve really comes to life and his story seems believable, perhaps reminding some readers of some memorable comic store owners from their own experience.  Perhaps because it is a narrative that takes an A to Z path through Steve’s life, there is a very fluid and seamless flow to the story-telling. 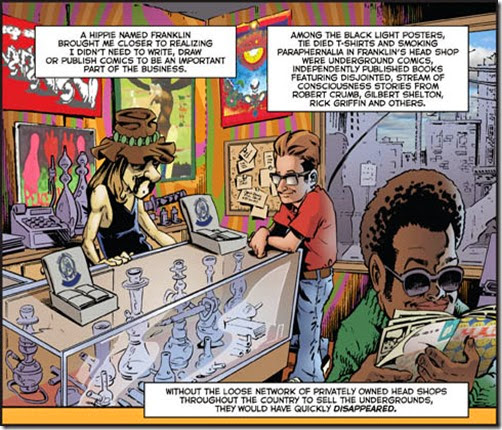 Artist Aaron Warner details everything in a style that compliments the mood and tone of the story, a style that will remind you of many classic EC Comics artists.

What is the real life value of comic books and the heroes in them?  This question is explored fully in  NUMBER ONE, a full color, done-in-one-issue story looking at 50 years of comic book history through the life of one comic book retailer.

“Comics helped Steve through some tough times growing up and he turned his love of the medium into a comic shop business,” said writer Gary Scott Beatty. “In NUMBER ONE we see whether operating the business is worth the toll it takes on his family.”

Returning to comic book illustration in NUMBER ONE is Aaron Warner, whose Adventures of Aaron comics became a critically acclaimed newspaper strip that ran for over 10 years, was read by over six million newspaper subscribers, and garnered a Rueben Award nomination from the National Cartoonist Society.

“Aaron understood the comic book guy in  NUMBER ONE like I think most of us will understand him,” said Beatty.  “We don’t have to be comic shop owners to relate to someone who loves comic books.  The adventure, the history, the hope and passion comics inspire inform our every day lives.” 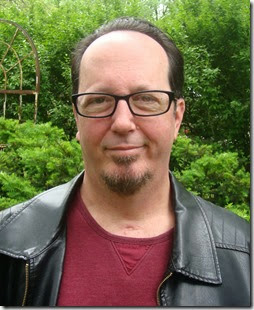 Small business owners will also feel for Steve, said Beatty.  “I think we’re all more informed about how difficult it is to operate a local business these days, since the recession of 2008.”

American media offers a distorted view of comic book readers, said Beatty.  “I enjoy the goofy actors on television, but few of the people I know who read comics are like that.  I set out to write a story that, in an personal way, can explain to those outside our community why we love comics.”

Steve’s tale brings readers through decades of comic book history.  Also included in  NUMBER ONE’s 32 pages is a short Guide to Illustrated Stories.  “I put comics in historical context, from Gilgamesh, to The Adventures of Mr. Obadiah Oldbuck, to Free Comic Book Day.  Number One is a complete package explaining, in an entertaining way, our hobby and our passion for it.”