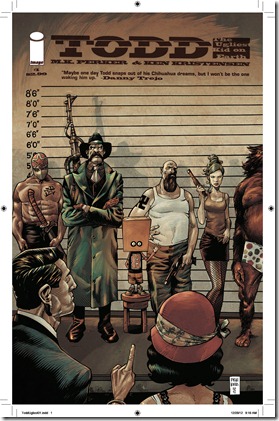 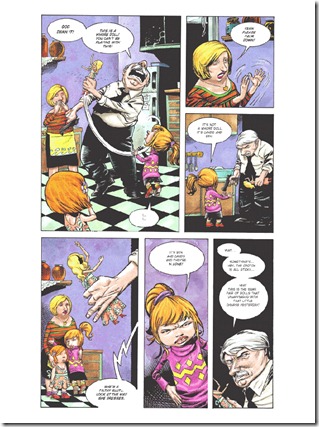 There’s been a bit of advance press about this book.  Sometimes that makes the critics a little skeptical.  I was fortunate enough to get an advance preview of Issue #1, so I could judge for myself.  This book may just live up to expectations.  It’s funny and deliberately so, in a time when many books that attempt to be humorous end up failing to even make me smile.  TODD coaxed several chuckles out of me.

TODD, THE UGLIEST KID ON EARTH is irreverent and satirical, poking fun at suburban life in the United States, parenting, and social mores, among other things.  Would you buy a comic book version of the SOUTH PARK cartoon series?  This isn’t it - - but it’s the closest thing you can find in a comic  book format.   In the advance press release, co-creator Ken Kristensen commented:  “We couldn’t be happier—right out of the gate the response to TODD from both retailers and reviewers has been overwhelmingly positive.  And, for a take-no-prisoners, politically incorrect, taboo-tickling book to be embraced like that is a testament to the current sate of comic readers, who I think are hungry for stories that have something fresh to say about the world.”   What TODD seems to say about the world isn’t very flattering, but I’m still laughing. Exaggerated outrageousness makes it palatable.

Todd Belluomo is apparently elementary school age.  No one knows of his facial features because his parents force him to wear a paper bag over his head 24/7;  supposedly because he’s just too ugly to look at.  His looks are also his good fortune, as he gets passed over during an encounter with a neighborhood serial killer who only kills “beautiful children”.  I guess everybody has standards.  His mother Peggy, thinks Todd’s an imaginative liar when usually he’s just being victimized and set-up by some local bullies.  His father Gus passes on his “wisdom” to Todd in between beers, which are fetched by Todd in exchange for this valuable knowledge.  His answer to Todd’s questions about “gay marriage” are revealing of his politics as well as his I.Q. = “See, all Presidents try to legalize torture.  Obama’s way is to legally torture gays by allowing them to marry. Simply genius.”

Todd tries to make friends with the new neighbor girl.  The issue opens up with some classic imaginative play with her Ben and Candie dolls  - - the conversation the little girl creates between the two dolls is hilarious.  Kids’ perceptions of adult relationships are blunt, twisted and spot-on.  The dolls (albeit a little sticky) turn up later as police evidence in a murder investigation in which Todd seems to be the number one suspect.   Along the way we also meet the also-opinionated and mildly perverse Chief Hargrave and Mr. Finger, the blind pet shop owner.

Kristensen depicts Todd as a sweet, naïve little boy with a little streak of strange running through his veins.  He can also make you care about Todd as we are witness to the misinterpretations and injustices he is constantly beset with.  Perker’s art style is humorous but not cartoonish, reminding of some classic Jack Davis/Al Jaffe work in the early MAD magazines.  Kristensen’s a member of the Writers Guild Of America and the Academy of Television Arts and Sciences.  One of the high points of his career (prior to the infamy that TODD will bring about)  has been working with Michael Chabon on The Amazing Adventures of The Escapist for Dark Horse Comics.  Perker is an Eisner-nominated comic book artist and writer whose work included Cairo, Air, some Fables and The Unwritten (for Vertigo/DC) and Insomnia Café (Dark Horse). He is a member of the Society of Illustrators.

OTHER BOOKS WORTH CHECKING OUT ON JANUARY 16: 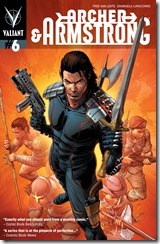 BLEEDING COOL MAGAZINE #2 – Readers lamenting the demise of Comic Buyers Guide have this alternative magazine to check out. 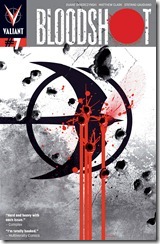 FERALS #12 David Lapham’s spin on the werewolf mythos is bold and blunt, as may be expected.

STITCHED #11  Artist Mike Wolfer is doing a decent job writing this  book and taking it to a different setting.