AUGUST 11 = IRON KING REACHES HALFWAY MARK : The partnership of Bluewater publisher Darren Davis with best-selling Young Adult novelist Julie Kagawa is utilizing a crowd sourcing campaign to cover initial production costs so that her popular Fey universe can have a comics life (starting with the “Iron King”) as a graphic novel.  To date, they are halfway to the goal and asking for more support. Already more than 160 people pledged as little as $1 towards “kick starting” this project. 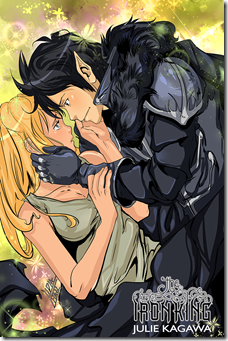 Davis commented on the reason why he is enthusiastic about the project: “Obviously there is swag to reward for any support. Everything from receiving a public printed thank you and an early-bird copy of the finished product to t-shirts, and getting drawn in the book. I am happy to provide those gifts to any supporter, but the real reason I am excited is that this is an opportunity to produce a piece of literature that might get a reluctant reader to pick up a copy and get hooked on reading. When I was young, I was one of those kids who would avoid reading at all costs…until I found comic books. As a 12 year old, it was a gateway to reading. I truly believe that without comics, I would have been one of the kids who fell through the cracks. Over the past 10 years I have worked with libraries on various literacy projects as well as made dozens of my titles available to librarians for free in order to promote reading. Whether I can convince you to support us based on altruistic measures of helping us create a reading bridge, see it as an investment in a quality production of a popular and well-regarded title, I personally invite you to participate…Heck maybe you just love comics!”

The series is directly aimed at the young adult reader (11-14 years old) and is planned to be done in the manga style.  Julie Kagawa’s Iron Fey series spent several weeks at the top of the New York best seller list. Julie is part of the creative team helping to put the comics project together.  Davis again: “Your support will fund the comic creators, printers, shipping costs, project management and the army of magic little elves necessary to bring the novels to life and get comics and rewards to your door.”

It’s “Superhero Appreciation Day on Saturday April 27th t The Comic Book Shop located at 1855 Marsh Road in Wilmington, Delaware.  The creators of the new comic Unit 5 will be guests that day and giving away signed copies of their comic. Cash prizes will be awarded for best Superhero costume, with raffles for gift certificates to the store and other giveaways all day. 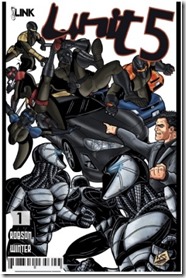 From the Unit 5 press release:  “Five extraordinary individuals hailing from the 5 boroughs of New York who have suffered personal losses due to the 9/11 attacks join together to fight global terror and are known as Unit 5!  September 11th 2001 was an ominous day in U.S history. However, it became the turning point in the fight against global terror. Founded by the G Foundation and born out of the personal tragedies of extraordinary individuals all with deep ties to ground zero, Unit 5 was born.”

AUGUST 11 =  VALIANT STATUES IN PRODUCTION: Valiant has partnered with Quarantine Studio for an exclusive array of high-quality limited edition statues, realizing the greatest heroes of the Valiant Universe in three dimensions for the first time anywhere.

The first Valiant/Quarantine release, scheduled for 2014, will be the X-O Manowar Deluxe Edition Statue, based upon the art of superstar artist Marko Djurdjevic. Sculpted in polyresin and standing 14 inches high on a 9 inch by 10 inch base, the first-ever sculptural representation of Valiant's signature hero will recreate Djurdjevic's iconic cover art to X-O Manowar #12 – a key centerpiece of the "Planet Death" storyline currently being published the X-O Manowar monthly series. 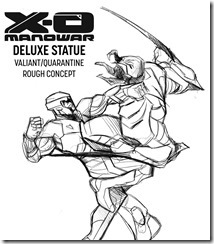 Founded in the fall of 2008, Quarantine Studio is one of the U.S.'s leading producers of pre-painted statues and faux bronzes, having previously produced works based on a wide array of properties including Robert E. Howard's Conan, Frank Frazetta's Death Dealer, and Topps' Mars Attacks!   Valiant is a leading character-based entertainment company with a library of over 1,500 characters. Since its summer 2012 relaunch, Valiant has returned to the fore as one of the most highly regarded publishers in comics, winning the 2012 Diamond Gem Award for Comic Book Publisher of the Year – Under 4%. Valiant's current titles include X-O Manowar, Harbinger, Bloodshot, Archer & Armstrong, and Shadowman with a new, sixth title – Quantum and Woody – scheduled for a July 2013 debut.