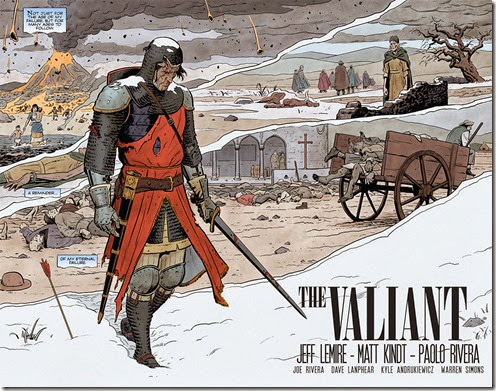 EDITOR’S NOTE:  There has been a mountain of pre-publicity, including a ton of  stunning artwork, released in advance of Issue #1 of THE VALIANT coming in December.  You can tell it’s a book that the brain trust at Valiant Entertainment are excited to talk about, based on the press releases, blogs and interviews.  We anticipate THE VALIANT will be worth the hype, based on the creative team and what’s been revealed about the storyline so far.  BC REFUGEES was given an advance look at the first issue, and we encourage you to pick up a copy.  We’ll try to cover the high points for you without spoiling too much of the details . . . . . . . . 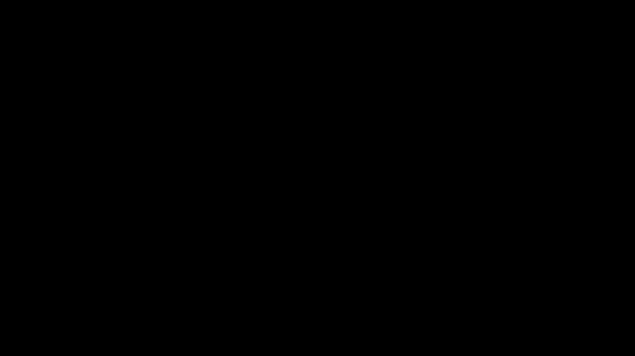 Official Video Trailer for THE VALIANT #1

What makes THE VALIANT extra special and deserving of your time?   Why is it considered such a “milestone project” for Valiant Entertainment?   If we know anything about Valiant, it’s to not expect the standard team book, team-up or even “event.”  THE VALIANT promises to be a centuries-spanning epic that features all of Valiant’s key heroes (led by the Eternal Warrior, Bloodshot, and Geomancer) united against a cosmic threat (the Immortal Enemy) that intends to plunge humanity into a new Dark Age.

Might this be a perfect ground-level, accessible introduction to Valiant’s universe with nearly every hero and villain making an appearance along the way?  One can only hope.  Kindt is already acquainted with the Valiant universe through his work on UNITY.  However, considering that this is the first work for Valiant by Lemire, we sincerely wish 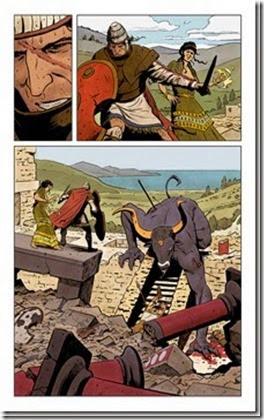 that the writing team put their stamp on as many of Valiant’s characters as possible. We can’t wait to see how they handle some of them.  It seems a perfect starting point for first-time Valiant readers to meet those characters.  THE VALIANT also serves as a mini-prelude or preview of what impact Kindt will have on the new NINJAK series and BLOODSHOT REBORN series as imagined by Lemire.

Gilad Anni-Padda, The Eternal Warrior, traces his lineage back to the ancient civilization of UR.  A universe-spanning accident resulted in immortality for Gilad and his two brothers.  Gilad was blessed with enhanced strength and a healing ability.  He has no super-powers, just a familiarity with various forms of combat and a keen strategic military mind learned via the various battles and campaigns he’s been involved in. He’s been entrusted with protecting the Geomancer, a mystic in tune with the needs of planet Earth - -  a role that is passed on to worthy individuals of each age. 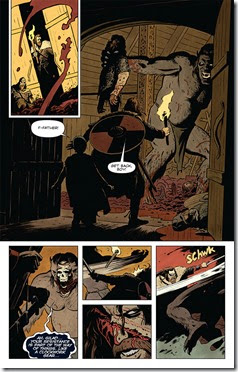 Part of the Immortal Enemy’s plans for bringing his own brand of Hell to Earth involves eliminating the Geomancer.  Issue # 1 of THE VALIANT details how three times in the past Gilad has attempted to protect the Geomancer from the Immortal Enemy.  He failed each time.   We return to the present day, where Gilad formulates a new plan to protect Earth’s current Geomancer Kay McHenry. Kay is presently in the company of Armstrong (Gilad’s brother).

Gilad’s protective plans will likely involve the nanite-enhanced mercenary Bloodshot, who we are introduced to as he seeks to obtain a package for his present employer, M-I 6.  Gilad senses a new threat to the Geomancer will surface soon, and he begins by seeking help and counsel from X-O Manowar.

Lemire and Kindt mix the necessary exposition among the action sequences and proceed through Issue #1 at a steady pace.  In spite of everything that is and soon will occur, the flow of the story is very smooth.  The art by Rivera requires additional readings of the story in order to full appreciate how it compliments and enhances the story.  There are some wonderful images in store for readers. 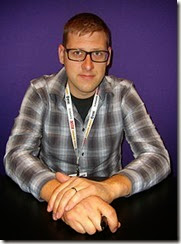 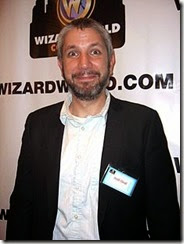 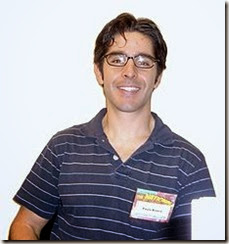 The saga of the Eternal Warrior has always provided a nice canvas for creators to work upon.  Greg Pak did a fine job fleshing out the character of Gilad in his series for Valiant.  I look forward to what the team of Lemire and Kindt will provide.   Jeff Lemire has built a sizeable reputation on bringing humanity to  science-fiction and fantasy stories.  Like Ray Bradbury, he spices his fantastic tales with a real small-town neighborhood flavor.   Matt Kindt is a master of detailed plotting, usually involving espionage and conspiracies.   Two scenes in Issue #1 help illustrate the skills that both writers bring to this story: 1) When Gilad helps re-assure a  very young and anxious boy Geomancer, and 2) when we are introduced to Kay McHenry as she confides in Armstrong and shares her lack of confidence with him. 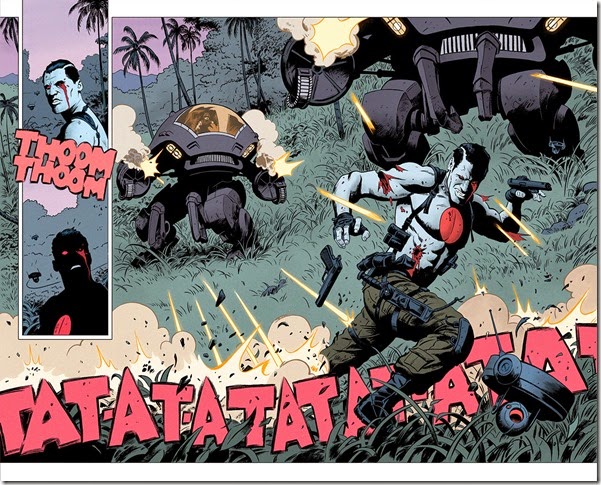 THE VALIANT   is a prestige-format project with upgraded covers and premium paper quality, exclusive features and commentary materials.  Cover price is $3.99.   THE VALIANT also launches the first of the VALIANT NEXT titles (not to be confused with Marvel Now, mind you).    Future new series, set to debut from January through April 2015, include IVAR, TIMEWALKER (see previous article in BC Refugees Archives), DIVINITY, IMPERIUM, NINJAK, and BLOODSHOT REBORN. 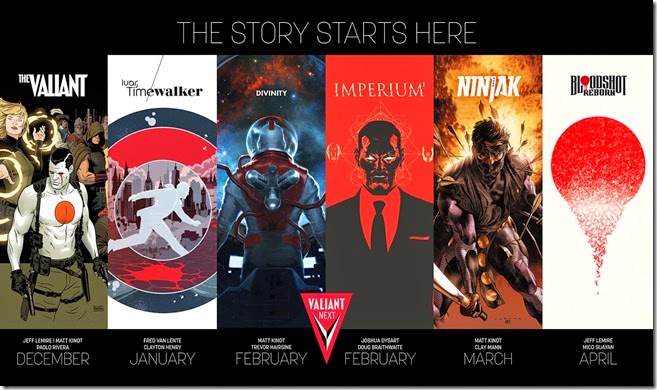