EDITOR’S NOTE:  One of the best standalone books coming out of last year’s 4001 A.D. event was WAR MOTHER. We’re happy to see it get another chance as a limited series from Valiant.  Issue #1 debuts next week.  You can also meet the author, Fred Van Lente, who will be appearing on release day, Wednesday August 23, at CAPTAIN BLUE HEN COMICS in Newark DE.  Here’s a sneak peek at the book, courtesy of Valiant’s Marketing Department . . . . . 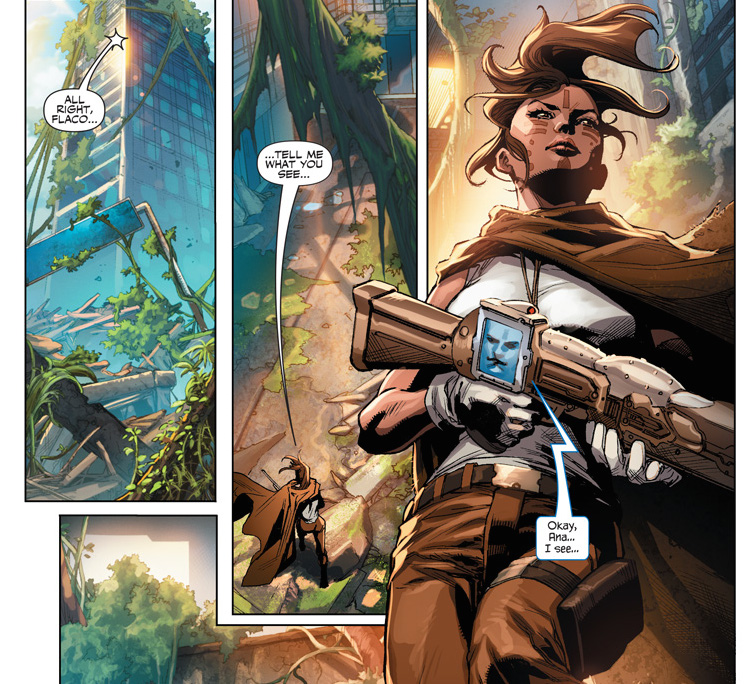 Hey folks! Next week...the future is now as Valiant's newest breakout character returns to the world of 4001 A.D.!

In comic shops everywhere Wednesday, after months of demand and anticipation, War Mother steps out the pages of last summer's acclaimed 4001 A.D. crossover and into her first solo series in WAR MOTHER #1 (of 4)! Writer Fred Van Lente returns to his latest creation with artist Stephen Segovia in tow for an all-new myth of man's apocalyptic future!

In the South American jungle of tomorrow, one last citadel of scientific knowledge stands among an irradiated jungle defined by savagery and violence. This reclusive compound, known as the Grove, survived by shutting all of its citizens away except for one: Ana, the Grove's designed War Mother, a literal army of one aided only by her sentient sniper rifle, Flaco. But now The Grove is dying...and War Mother and Flaco must explore a precarious new refuge...where everything is not what it seems...

Also arriving next week, "GENERAL" reaches its blockbuster conclusion in X-O MANOWAR (2017) #6! Matt Kindt and Doug Braithwaite have elevated Aric of Dacia, a lowly Visigoth, to the highest command of an extraterrestrial army. But sedition is already brewing and betrayal could come from anywhere...even Shanhara, the sentient armor Aric once called comrade! The mystery of X-O Manowar's departure from Earth deepens as the year's most acclaimed new series prepares for yet another major leap forward when "GENERAL" gives way to "EMPEROR" next month! 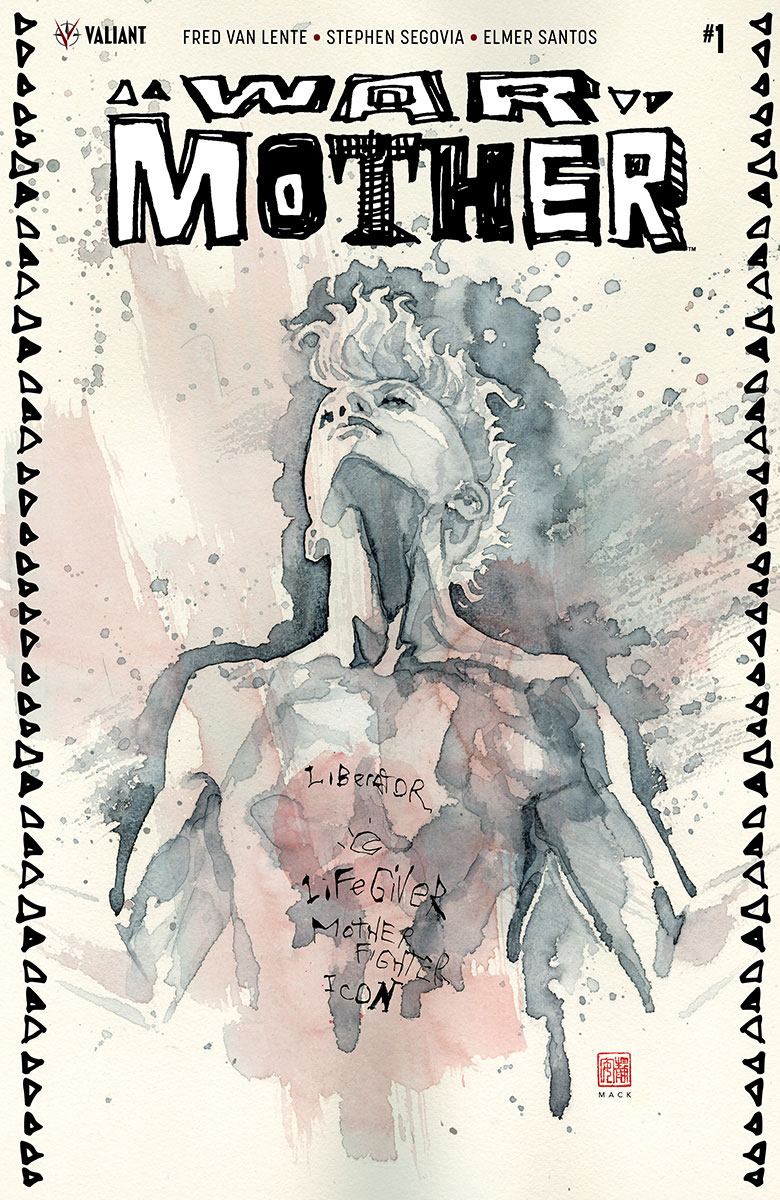 BECAUSE YOU DEMANDED IT — WAR MOTHER RETURNS IN A RIVETING NEW SERIES! Out of the pages of 4001 A.D., the breakout hero of 41st century charges onward in an high-powered tale of tomorrow from New York Times best-selling writer Fred Van Lente (ARCHER & ARMSTRONG) and high-octane artist Stephen Segovia (NINJAK, Action Comics)!

Two millennia from today, Earth is not the hospitable home we once we knew. Ravaged by an endless onslaught of war, disaster, and time, the world is littered with desolate badlands, fortified kingdoms, and secretive enclaves where humanity still clings to life… Enclaves like The Grove – Earth’s last known repository of scientific knowledge and bioengineered prosperity. Now, under the leadership of the lone protector called WAR MOTHER and her sentient sniper rifle, the denizens of The Grove face a critical choice: remain where they are and die, or find a new land and flourish. Can War Mother lead her people out of isolation and reignite the fires of a dying planet? And even if she can locate the distant citadel she seeks, can she fight back the horrors and perverse monstrosities that lurk just beyond her doorstep?

In the footsteps of RAI and BOOK OF DEATH, raw power meets tribal warfare as Fred Van Lente & Stephen Segovia forge a modern myth of the near future through the fire-tempered frontier of 41st century Earth for Valiant’s next stunning science-fiction showdown!