This unique collaboration is a Variant Cover for Eastman’s brand new Drawing Blood project which is in its final week as a Kickstarter campaign (https://www.kickstarter.com/projects/2073065927/kevin-eastmans-drawing-blood-vol-1-a-graphic-novel). Described as a dark-comic look inside the life of a famous cartoonist on the skids: the story behind the stories from the co-creator of the TMNT, it features Shane “Books” Bookman and his stellar success after creating the Radically Rearrange Ronin Ragdolls global franchise.

The Rodriguez and Eastman collaboration was just unveiled and is available as a special pledge level in the KS campaign or can be added to any current pledge. The campaign concludes on August 31

In 1982, while trying to sell some of his illustrations to local fanzines, he met Peter Laird in Northampton, Massachusetts and the partnership studio; Mirage Studios was formed. Less than a year later in the middle of a late night jam session, Eastman doodled a new character he dubbed a “Ninja Turtle” to make Laird laugh—several sketches and a final drawing of four characters later “Eastman and Laird’s Teenage Mutant Ninja Turtles” had officially entered the universe!

Self published in May of 1984 the first issue sold out of its 3000 copies overnight and quickly became a fan favorite. Catching the eye of Merchandising Agents and Hollywood Producers, Eastman and Laird maintained full control of their creations while guiding them through Toy Licensing, TV Series adaptation, as well as Feature Film exploitation, and by 1989 the TMNT’s were number one in all three categories.  Kevin even enjoyed a small role in the TMNT movie as a garbage collector in a fun dark alley scene.

Thanks to “THE BEST FANS ON THE ENTIRE PLANET!” according to Eastman, after 30 plus amazing years the Teenage Mutant Ninja Turtles STILL continue to find their way into the hearts and imaginations of kids, large and small.

In between TMNT projects, Eastman found time to establish the “Words and Pictures Museum of Cartoon Art,” created an artist friendly publishing company, “Tundra Publishing” where projects like “The Crow” “From Hell” and “American Splendor” first flourished, as well as purchased the world renowned “Heavy Metal Magazine.”

Currently spending most of his creative time working on a new TMNT series with IDW Publishing and publishing Heavy Metal, Eastman resides in San Diego with wife Courtney, son Shane, and a few insane Dachshunds.

About Robert Rodriguez:
Robert Rodriguez is a film director, screenwriter, producer, cinematographer, editor and musician and founder and Chairman of El Rey Network, the genre-busting English-language cable network. His first feature film, El Mariachi, was made for $7,000 and won the Audience Award at the 1993 Sundance Film Festival. It became the lowest budget movie ever released by a major studio and Rodriguez went on to write, produce, direct and edit numerous successful films including Desperado, From Dusk Till Dawn, The Faculty, the Spy Kids franchise, Once Upon a Time in Mexico, Frank Miller’s Sin City franchise Grindhouse and Machete.

In 2012, Rodriguez created El Rey Network, a 24-hour English language television network. Curated by Rodriguez and his artistic collective, the network launched in 2014 and is now in 40 million homes. El Rey's action-packed slate is anchored by signature series including the original drama, "From Dusk Till Dawn: The Series" based on the film by Rodriguez and Quentin Tarantino and the one-on-one interview program hosted by Rodriguez, "El Rey Network Presents: The Director's Chair. El Rey Network's lineup also showcases a wide range of iconic feature films and TV series including genre, cult classics, action and horror/sci-fi. 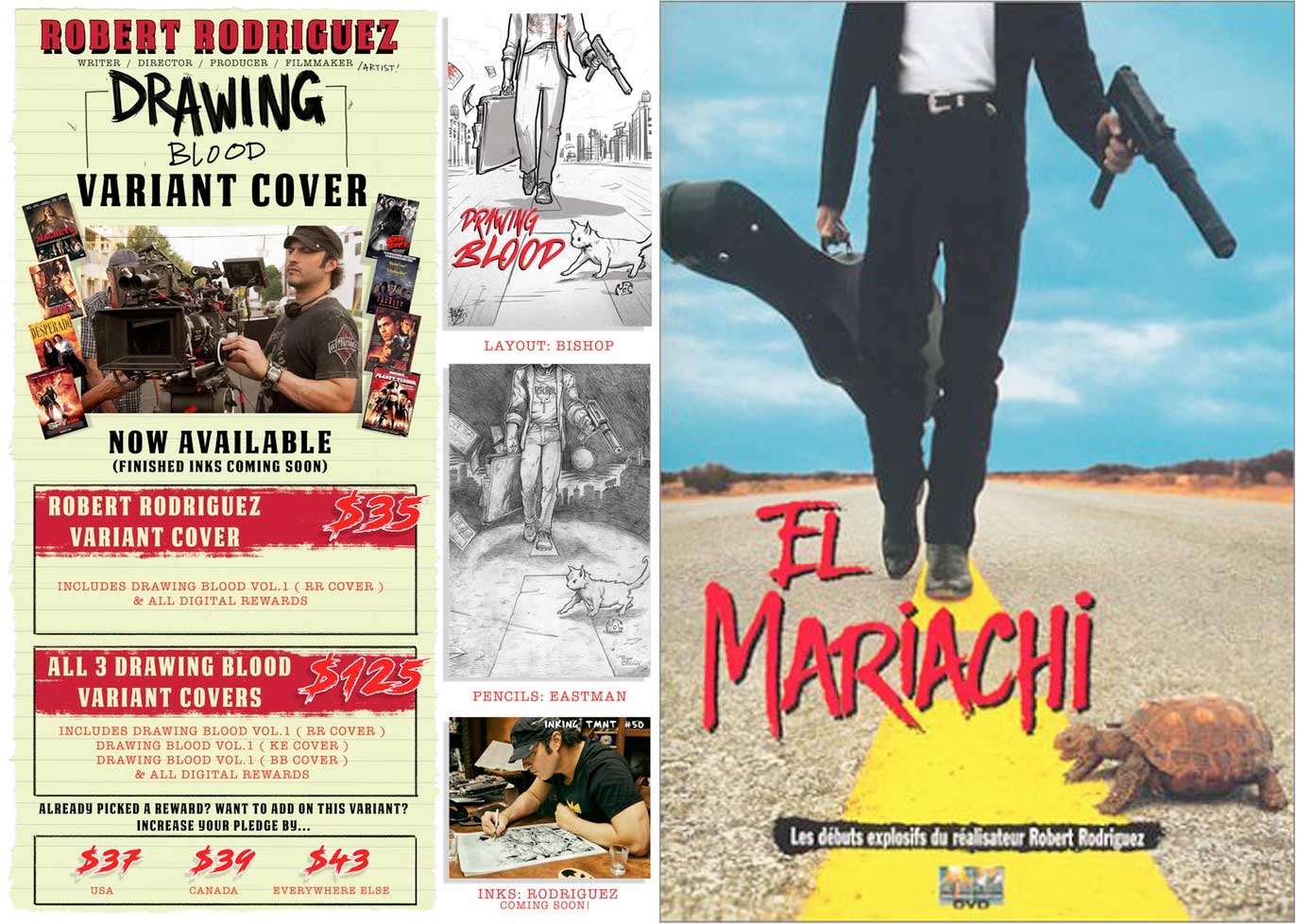