The big majority of those were news releases and special previews from various publishers, as detailed below. We don’t post every single press release received, just the ones I believe will be of interest to my readers.  Of course, some publishers send me more content than others.  Some send me nothing. 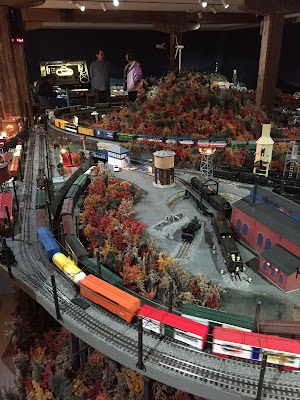 Worthwhile Kickstarter and crowdfunding campaigns were spotlighted 23 times.  I also made some Pre-Order Pick suggestions in 25 separate articles throughout the year, and spotlighted some interesting Diamond Select figurines (8) along with a Comic Collectors’ App from ITunes (1).

Genre awards were spotlighted with articles on the This Is Horror Awards (4), Ink Well Awards (3), and the Ghastly Awards (3). Comic shop surveys and editorial/opinion content were posted 7 times, as well as a lengthy interview with writer Fred Van Lente (July archives). The new Ringo Awards were featured in my coverage of Baltimore Comic Con.

Forty-nine reviews were published, including 2 contributions by Ken from Comics Podcast of the Damned. I reviewed 16 Valiant titles, of which the best were Ninja-K #1 + #2 (Nov. and Dec.), Faith’s Winter Wonderland (Dec.), and Harbinger Renegades TPB (July).  The standout among the 5 IDW titles reviewed was Diablo House (July). If I had to pick just one title from 2017 to recommend, it would be Sink #1, #2, #3 from ComixTribe (reviewed in Sept., Nov. and Dec.) My favorite graphic novel this year was My Favorite Thing Is Monsters from Fantagraphic Books. Other books reviewed were published by Dynamite (4), DC (3), Marvel (2), Titan (1) and Image (1).  Coverage was expanded to include reviews of text novels in 2017, of which 14 were posted.

Some readers have been confused by the title of the blog, especially those from foreign countries.  BC Refugees was established in 2009 by Jeff Metzner, a regular customer of Brandywine Collectibles in Downingtown, PA.  BC was a store that specialized in sports collectibles (trading cards, clothing, figurines, art, etc) with a small section devoted to comics and ably managed by Brian Sweet. A group of comics fans (Dan, Shane, Billl, Gary, Aaron and others) would gather there every Wednesday to talk comics and share favorites.

I became a regular visitor in 2000 and was delighted to find other fans closer to my age who shared my passion and interest in various titles.  Brandywine Collectibles closed in early 2009, and filed for bankruptcy.  They were opening more locations in several states and quickly amassed more expenses than sales could offset. It didn’t help that this also coincided with the AIG/Goldman Sachs/banking industry crash and subsequent recession.

Jeff set up the blog as a place for us to communicate and write about comics. Early contributors were Jeff, Shane and Pghhead (me). Other writers came and went and over the years the participation dwindled down to just one writer.

It’s time to move away from BC Refugees and begin a new blogging adventure.  I want to explore beyond the realm of comics and cover popular culture in all it’s formats.  I also want a title that is more indicative of the contents.

This is my last post to BC Refugees.  There is a great archive of nine years of material that will remain accessible.  I’m sure I will refer back to it from time to time.

I hope you’ll follow me to the Pop Culture Podium blog at http://popculturepodium.blogspot.com/2018/01/welcome-to-pop-culture-podium.html

If you like what you see there, please help me spread the word.