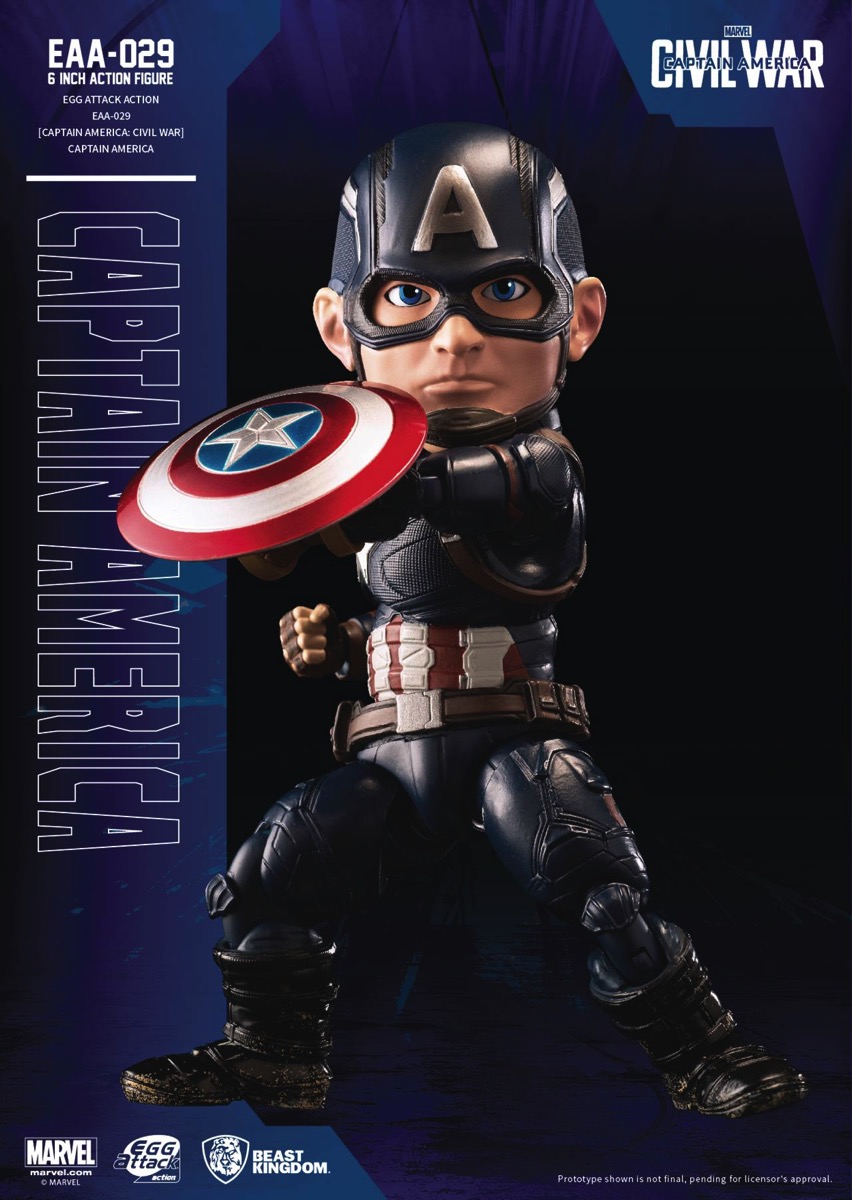 You’ll find three miniature depictions of Marvel’s greatest heroes, each with highly movable joints and points of articulation to experience the thrills of fighting against Iron Man and his squad of heroes from Civil War. Captain America stands 6”, has two interchangeable faces, and is crafted based on the film’s suit with a magnetic metal shield that can attach to the forearms and back; Winter Soldier’s costume is expertly tailored with a variety of weapons including a metal pistol, grenade, machine gun, and three pairs of interchangeable hands; Ant-Man’s metallic color and textured come straight from the movie and stands at 1.375” tall with a running pose that can interact with other figures of the same series.

These three PREVIEWS Exclusive figures are featured in the February issue of Diamond’s PREVIEWS catalog.  Captain America will feature a suggested retail price of $100 while Winter Soldier and Ant-Man will be $80. All will be available in stores early April 2017.

Fans can pre-order their own Beast Kingdom Egg Attack Action Figures at their local comic book specialty shop to ensure they get these marvelous figures.  To find a comic shop near you and order, visit  http://www.comicshoplocator.com/Home/1/1/57/575 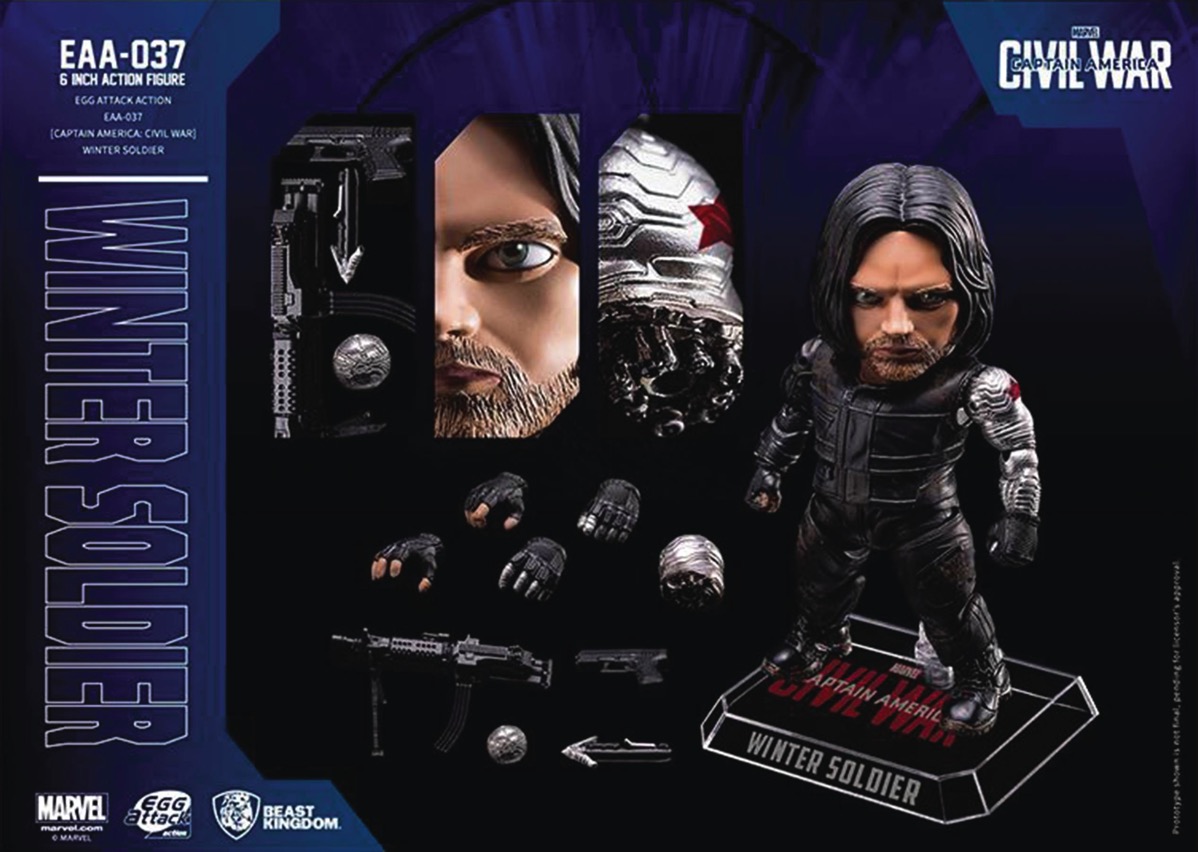 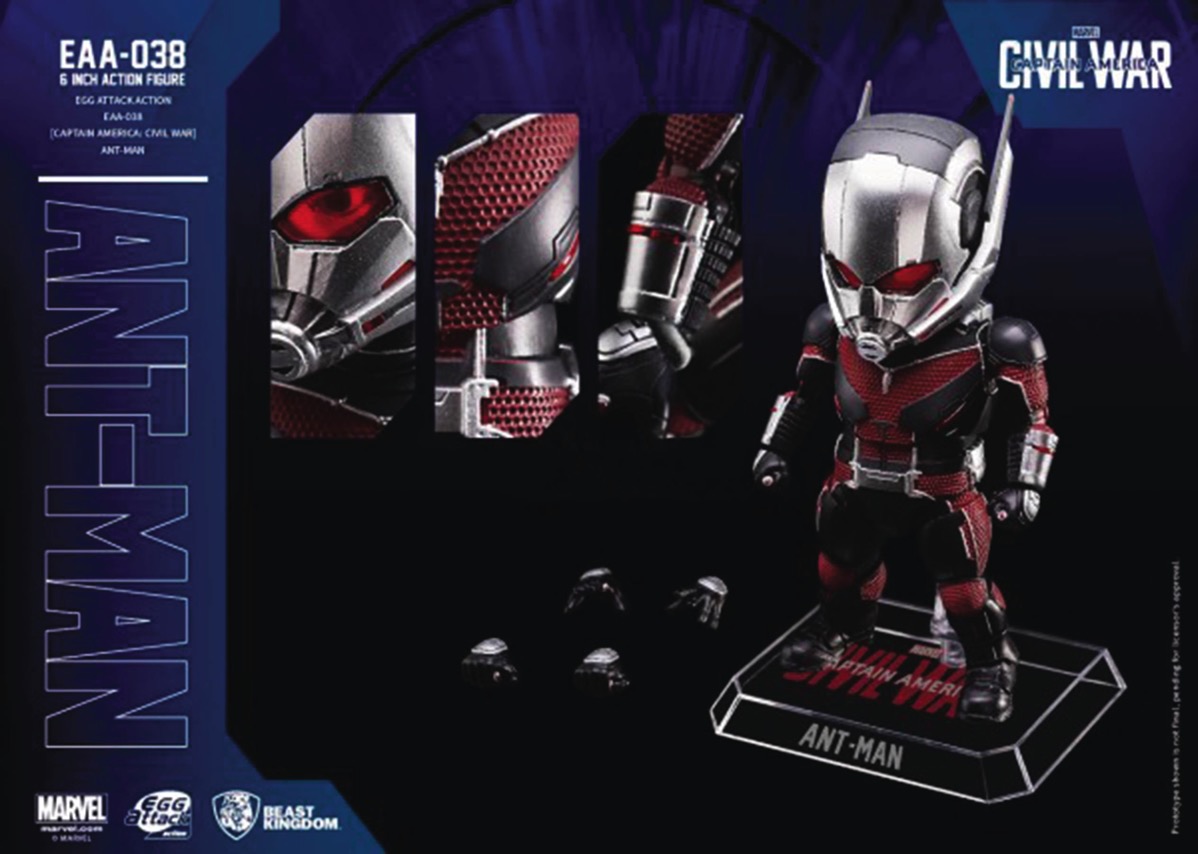