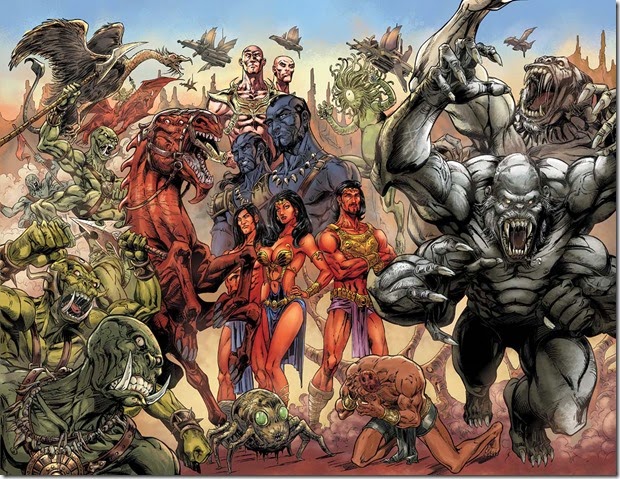 July 23, 2014, Mt. Laurel, NJ:  Dynamite Entertainment is proud to announce a brand new chapter in the history of Edgar Rice Burroughs creation, John Carter: Warlord of Mars, to be written by the masterful pen of comics legend Ron Marz.  Illustrated by newcomer Abhishek Malsuni, John Carter: Warlord of Mars is the newly-minted cornerstone of the publisher's Warlord of Mars line, launched in the wake of their May 2014 announcement of the comprehensive licensing agreement between Dynamite and Edgar Rice Burroughs, Inc.

John Carter: Warlord of Mars welcomes science fiction and fantasy fans to the exotic landscape of Barsoom, where displaced earthling John Carter has to save his adopted world, not to mention his beloved Dejah Thoris, from an enemy like no other he has ever faced.  John Carter must truly become a Warlord of Mars against an adversary who is every bit his equal on the savage red planet. 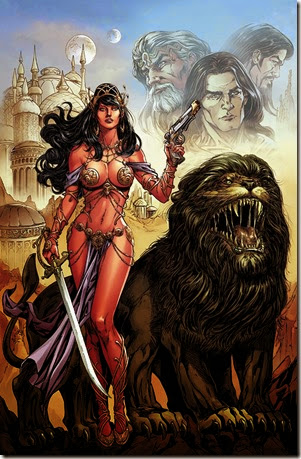 Marz's enthusiasm for John Carter has been building for many years.  He says, "This is literally a job I've been wanting to do since I was twelve years old.  I was just the right age when I discovered John Carter, Dejah Thoris, Tars Tarkas, and the wonder of Edgar Rice Burroughs' Mars.  It fired my imagination like almost nothing else.  So to finally get a chance to write these characters, to visit that world, is a dream come true for me."
Ron Marz is an industry veteran with decades of experience as a writer and editor under his belt.  He is best known for his work on Green Lantern and Silver Surfer, and as one of the original creative masterminds behind CrossGen Comics.  His more recent work includes Witchblade, Cyberforce, and Voodoo.  He currently lives in upstate New York with four horses, three children, two dogs and one wife.


"We are incredibly excited about Ron coming on board for this project," says Nick Barrucci, CEO and Publisher of Dynamite Entertainment.  "When we originally launched the Warlord of Mars series in 2010, Ron and I ran into each other at a comic convention, and Ron grabbed me by the shoulders and said something to the effect of, 'How can you launch a John Carter series and not call me to write it?'  It was a statement!  As we looked at the potential creators for this series, we instinctively remembered Ron's passion for the mythos.   He is simply the perfect fit.  Add in the fantastic art by Abhishek Malsuni and Neeraj Menon, this series will take John Carter to new heights." 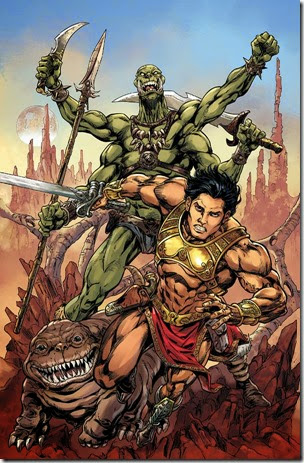 John Carter debuted in 1912 as the lead character in Edgar Rice Burroughs' first novel, serialized as Under The Moons Of Mars in the pulp magazine, The All-Story, and later published as a complete novel retitled A Princess of Mars.  The character excited the imagination of readers and quickly imprinted onto the public psyche. As many literary and popular culture scholars attest, John Carter served as the template for a litany of adventure heroes to follow, from Flash Gordon, Buck Rogers, and Superman to the Jedi Knights of Star Wars fame and Avatar.

Dynamite's John Carter: Warlord of Mars comes on the heels of the reacquisition of comic book rights by Edgar Rice Burroughs, Inc. that had been held by Walt Disney Pictures and its Marvel Entertainment subsidiary, as well as a recent legal settlement with Dynamite that cleared the way for Dynamite to introduce key characters and plot elements from the John Carter backstory that were, until now, absent from recent comic book interpretations. 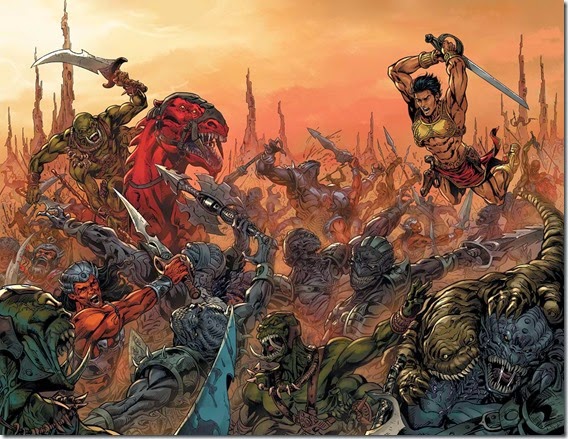